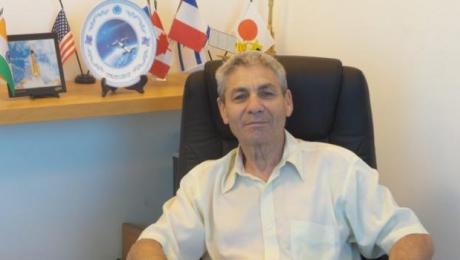 Since the beginning of the 1980s, the State of Israel’s space activity has been the result of a national security need. The efforts that were invested led to Israel’s full and independent capability for developing and launching satellites into space, managing and operating satellites in their orbits, as well as maximizing their output. From the outset, the State of Israel has focused on the field of light-weight satellites, without compromising on their level of performance. This pioneer breakthrough has become a global trend, giving us an early advantage in the market in which there is an increasing need for reducing costs in order to implement a growing number of space missions.

Over the years, there has been a growing realization that Israel’s space assets are also relevant to the civilian world with a potential of entering the international market. At the same time, there has been a growing international recognition of the scientific achievements of Israel’s scientists in a variety of fields related to the study of space, its environment, our solar system and alternate solar systems, as well as the field of space observations of the Earth and the development of groundbreaking technologies that support present capabilities and those that will be required in the future.
The State of Israel’s achievements were made possible by establishing development and production infrastructure for Israel’s space industry and thanks to outstanding scientists, researchers, development professionals, engineers, practical engineers and technicians whose future is linked with the future of the space industry. These professionals have been motivated by the professional challenge and their sense of mission, which have resulted in valuable experience and knowledge.

In recent years, the Israel Space Agency has increased its efforts to expand Israel’s civilian space activity, in order to leverage the achievements and to enable the entire Israeli space sector to develop into a competitive, significant and influential entity which can ensure its existence and future. These capabilities also have great significance in promoting Israel’s political relations and positioning it as a country that promotes space, science and technology for the welfare of Israeli residents and the entire human race.

The Space Agency encourages international cooperation with fellow space agencies in order to promote joint projects that contribute to reducing the burden of the development. This cooperation also strengthens the State of Israel’s international relations - including the close cooperation with international space organizations which influence the global agenda in the space sector. We invest in research and development using other channels, in order to promote unique capabilities in the academia and industry. This research and development will ensure Israel’s leading status in the fields in which it has a relative or potential advantage. Concurrently, this unprecedented successful activity encourages Israel’s future generation to choose a career in the space industry. This field will serve as a catalyst for promoting a large number of outstanding professionals in the science and technology industries, in light of the growing need and challenges of Israel’s hi-tech industry. The Space Agency serves as an open house for entrepreneurs and works to increase public awareness as to the importance of the field and its direct impact on the quality of our lives. This field that once was just the product of our imagination has currently become a reality that is here to stay.