The Israel Space Agency at the Ministry of Science and Technology, along with StemRad, a developer of wearable radiation protection solutions, announced today that the AstroRad radiation vest is ready for launch to the International Space Station (ISS).

In July 2018, The Israel Space Agency, which is sponsoring StemRad’s space activity, signed an agreement with Lockheed Martin to launch the vest to the International Space Station (ISS) for advanced ergonomic studies in microgravity. This follows the signing of an agreement with NASA and the German Space Center (DLR) to study the AstroRad aboard NASA's Orion vehicle’s mission around the Moon, the last test flight before NASA begins deep-space manned missions. 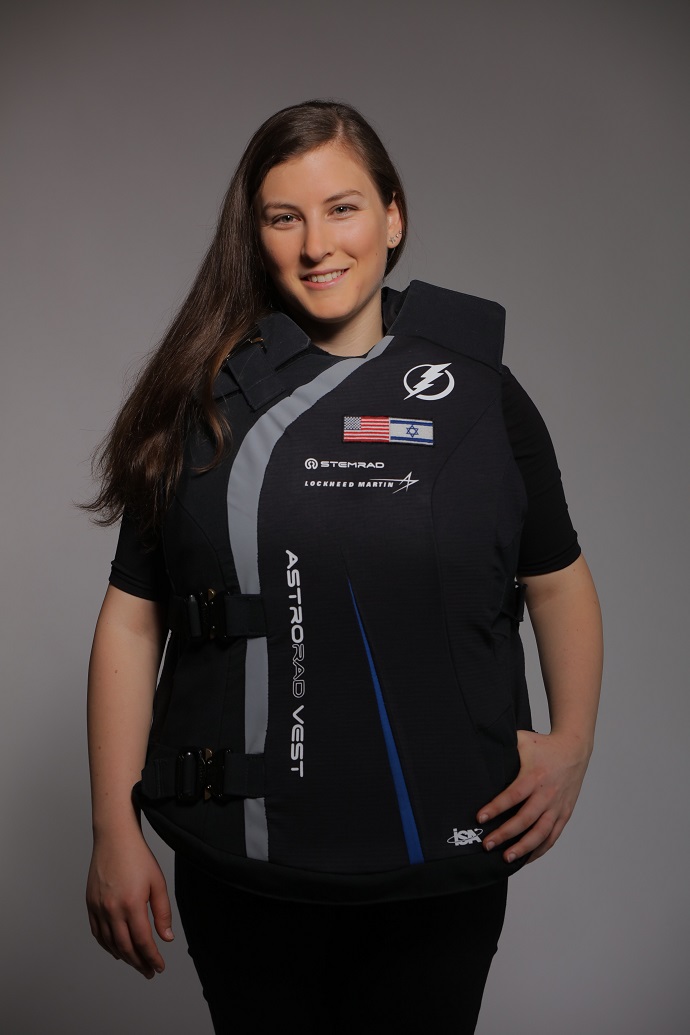 With the exception of the Apollo missions to the Moon, human space exploration missions have always been confined to Low Earth Orbit (within 1,200 miles of Earth), where the Earth's magnetosphere repels the majority of radiation threats, including galactic cosmic rays and dangerous solar storms. When venturing on long, manned deep space missions, the threat of radiation exposure is significantly higher, posing one of the most significant challenges facing NASA as it prepares to launch manned missions to Mars. This is where AstroRad may fill an essential capability gap.

AstroRad is scheduled to launch aboard an ISS resupply mission this October. The Comfort and Human Factors AstroRad Radiation Garment Evaluation (CHARGE) study will ensure that this personal protective equipment will be ready for operational use. CASIS, The U.S. National Laboratory on ISS, is hosting the study, which will be carried out by three female astronauts, who are planning to wear the AstroRad vest in microgravity for variable durations during routine activities. They will assess ergonomics, range of motion, comfort and general user experience of the AstroRad vest in the microgravity environment and provide necessary feedback to improve garment ergonomics and function.

This evaluation, together with radiation protection data obtained from the AstroRad experiment on Orion Artemis-1 around the Moon, will provide NASA with all the necessary information for assessing the AstroRad as essential personal protective equipment for future manned deep space missions such as Orion EM-2 and any future missions to Mars. If successful, AstroRad will present a critical contribution of the State of Israel to NASA’s most ambitious exploration plan since it sent astronauts to land on the Moon.

Director of the Israel Space Agency, Avi Blasberger, commented: "We at ISA and StemRad are proud to be working with NASA, Lockheed Martin and our other partners in providing a critical piece of safety equipment, helping to usher in an era of deep space exploration.”